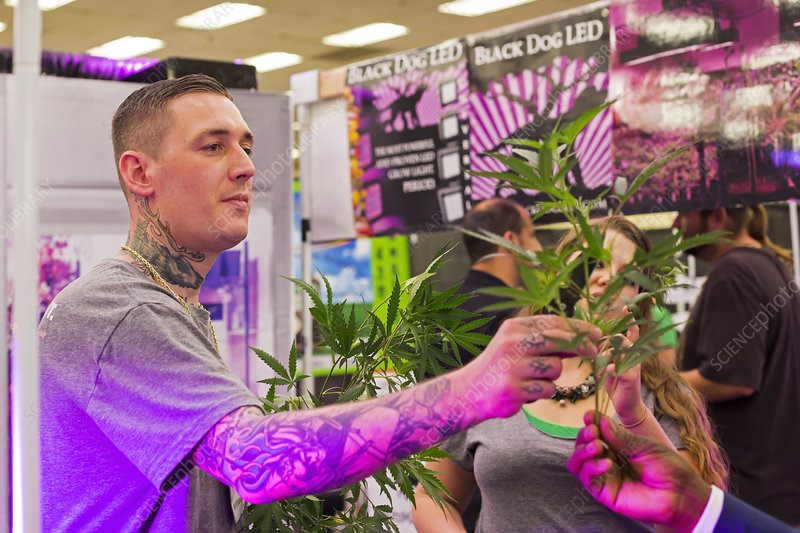 Four states legalized recreational use of marijuana in November—California, Massachusetts, Maine, and Nevada—bringing the total number to eight plus Washington, D.C. and the number is growing!!   As these laws go into effect, and attitudes toward the drug begin to soften, expect to see everything from cannabis-infused food and beverages to rolled marijuana cigarettes at events such as festivals, weddings,  trade show events, and more.

Merry Jane is a digital media outlet launched by Snoop Dogg in 2015 that provides news and opinions regarding cannabis products, policies, and lifestyle. As associate director of marketing for Merry Jane, Maya Cooper leads events and partnerships for the brand. “The cannabis industry has thousands of events each year around the country. Most in legalized states, but they’re popping up everywhere,” Cooper says. The brand’s experiential marketing takes many forms, from exhibits at industry trade shows and conferences to producing “the Merry Jane experience” at private parties and creating cannabis-theme experiences in states where the drug is not legal.

“We’re planning something at South by Southwest, to do something immersive that embodies the traits of a cannabis event but still adhering to all laws,” she says. “We partner with some edible companies where they will feature non-infused products. The goal is brand awareness when there can’t be sampling involved.”

At Art Basel in Miami in December, Merry Jane partnered with Viceland television network to offer guests hand, foot, and neck massages with lotions and oils made from cannabidiol (CBD) oil, which is legal and non-psychoactive. The activation also included a CBD oil vape lounge and weed-theme portraits from pop culture cartoonist Napkin Killa.

In states where marijuana is legal, Cooper says they have created “bud bars” that combine product education with sampling. “We’ll partner with a dispensary to bring the product, and they’ll have a ‘bud-tender’ that knows everything about the product to explain to partygoers,” she says. “We might have large martini glasses with nuggets of weed for people to touch and smell. There will be pre-rolled joints and the bud next to it. And then there’s a gifting component with sample-size goodies.” The rules regarding recreational use and possession vary among states that have approved it. Cooper says the dispensaries can be a valuable resource to ensure laws are being followed, and she also suggests planners seek legal counsel.

When her clients want to offer edibles, Gordon says she evaluates products and dispensaries like she does any other vendor. “First you go with reputation. Then you meet with them, you ask for references,” she says. At her events where marijuana products are offered, Gordon says she has emergency medical technicians on standby and also educates the event staff on how to recognize guests that may be having a negative reaction.

Chris Yang is a scientist-turned-chef who hosts monthly cannabis-infused fine-dining events at the Container Yard in Los Angeles under his brand PopCultivate. Each event includes a seven-course meal, with about three of those courses offered with cannabis infusion for guests that carry a medical marijuana card or uninfused for those that do not. Yang also brings in musicians, artists, video designers, and performers to make each one a unique, curated experience.

“I’ve been cooking with cannabis for a little bit. The scientist in me was very unsatisfied in using food as a mechanism for dosing because it’s not very precise. I prefer to infuse a nonalcoholic cocktail we make,” he says. “For food, you have to consider how to put it in, what kind of food it is, and the portion size. I will infuse it usually in a salad or soup and in the main course with olive oil.”

Yang also does catering and he is now working to create PopLiving, a lifestyle brand that will encompass a test kitchen, smaller dinners, a social club, and additional cannabis-based experiences.

While it’s important for the legal cannabis industry to ensure patients have access to medicine, push for policy that removes the plant from the purview of law enforcement, and proactively address the harms of the drug war, there’s one area of social justice that directly impacts the lives of every human: protecting the environment.

From increased awareness of illegal trespass grows to the importance of sustainable farming practices and much more, cannabis business owners and operators must find a way to prioritize environmental sustainability while also building a viable industry. In this post, we explore why tackling plastic packaging and the waste from vape products is the first order of business.

E-cigarettes and cannabis vaping have increased in popularity over the last decade. As a result, there’s an even greater burden on the environment with batteries, pods, and pens winding up in landfill and increasing the risk of ground and water contamination. Between China’s role as the epicenter of vape component manufacturing, and legal cannabis existing under state-led regulatory structures as opposed to federal legalization, there is no central recycling or other disposal program in place to help consumers understand how to properly dispose of e-waste.

At the same time, legal markets mandating the use of single-use, child-resistant, and other protective packaging in addition to exit bags at retail has contributed to the industry’s continued reliance upon plastic, despite the rampant pollution it causes.

These realities underscore the critical need for the industry to seek out innovative solutions that balance legal compliance with environmental sustainability. Companies have started sourcing other materials for their packaging designs including glass, hemp, and even plastic removed from the ocean. On the retail side, some stores have activated loyalty programs to encourage customers to return packaging to the store for recycling. And individual jurisdictions have started educating consumers about what’s recyclable, reusable, or trash from their cannabis product packaging.

Driven in part by the coronavirus outbreak placing Chinese manufacturing on hold, cannabis companies are already looking to American sources for managing possible lapses in the supply chain. If adopted on a larger scale, with time, the move could ultimately shift vape manufacturing to the U.S., making it possible to create a system of domestic production in which setting and enforcing national guidelines for environmental sustainability will be the utmost priority.

Join us for many educational panels on these topics the upcoming Cannabis Business Summit in San Francisco, happening September 29 – October 1, 2020 at Moscone Center. The National Cannabis Industry Association started advocating for a responsible cannabis industry a decade ago, and in celebration of its 10th year, NCIA brings its business-to-business cannabis tradeshow to the birthplace of the medical cannabis movement. Cannabis business owners and operators won’t want to miss this opportunity to meet industry leaders, explore products and services to help grow their business, and learn the latest insights from the industry’s largest and most influential trade association.

Interested in finding the best glass display cases custom made for your Cannabis or Vape business?

If so, please give us a call and you will not be disappointed with our designs.

http://Cannabis display cases made in Texas.